About the artist - Malcolm Ludvigsen

Winner of the OBA art prize 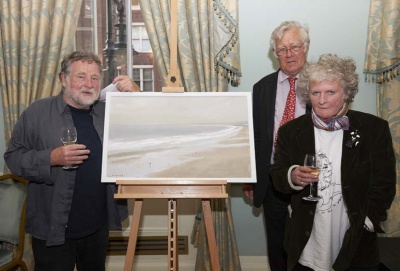 Malcolm Ludvigsen holding his sixth glass of wine in one hand and the Ł5000 check in the other, Richard Ingrams lurking in the background, and Maggie Hambling about to go out for a fag.  She presented the prize.

27 JUNE 2013 – This year’s Oldie British Artists Award, launched in 2012 by The Oldie magazine
and specialist heritage and fine art insurer Ecclesiastical, has been picked up by Yorkshire artist
Malcolm Ludvigsen for his Yorkshire seascape entitled “Filey”. The winner was announced on 26
June at the English Speaking Union in London at a glamorous event attended by many well-known
figures, such as Kate Adie, P D James and Jean Marsh. All shortlisted artworks were exhibited at the
prestigious Abbott and Holder Gallery in London on the weekend of 21-22 June.

Mr Ludvigsen was one among hundreds of other 60+ year old artists from every corner of the UK
entering the award, now in its second year and growing in popularity. Over the last two years alone
more than 500 artists have submitted their works for the judges of this award, already labelled a
significant “counterblast to the unmade beds of the YBAs”.

Malcolm describes himself as a ‘plein-air oil painter best known for my Yorkshire seascapes and
beach scenes’. His paintings can already be seen in homes and galleries throughout the UK, the USA
and many other places, despite the artist only taking up painting ten years ago “for fun”.

In addition to being an artist, Malcolm is also a professor of mathematics, specialising in relativity and
cosmology.
Commenting on first getting into painting, Malcolm said: “I think the thing that first attracted me to
painting was John Ruskin's exhortation that all men, as part of their morning salutations, should go
out and paint a picture of the sky. This sounded like a very nice thing to do, so I decided to give it a
go, and I've not really stopped painting since.

On winning the OBAs, he added: “Funnily enough my work was actually rejected by the Royal
Academy earlier this year, so I’m pleased to be able to prove them wrong. It appears my years of
lecturing on mathematics and drawing on blackboards have paid off and were actually good practice
for painting.”

Handing over the trophy to the winner, the chair of the OBAs judging panel, Maggi Hambling CBE,
said: “When we [the judging panel] saw this painting, it immediately spoke to us. Our decision was
unanimous. What I love about this painting is its simplicity. You can almost feel the breeze coming off
the waves and you’re drawn into this scene. As someone who paints quite a few seascapes herself, I
know what I’m looking for in a good seascape and it needs to be a pretty good one to impress me.
This one did.”

Richard Ingrams, Editor of The Oldie, commented on this year's submissions: “It’s good to see some
real art. No gimmicks, just passion and enthusiasm.”

Clare Pardy, Fine Art Underwriting Manager at Ecclesiastical, added: “I find it hugely rewarding being
part of the judging panel and making sure that some of the older talent we have in this country gets
as much recognition as the younger ones.”

Launched in 1992, The Oldie is a monthly magazine with an emphasis on good writing, humour and
quality illustration. Now in its 21st year, the magazine boasts a circulation of 41,000 and attracts
some of the country’s best writers, illustrators and cartoonists as contributors every month. The
magazine, edited by former Private Eye editor Richard Ingrams, offers its readers reviews of arts and
books, great features, independent opinions and much more. 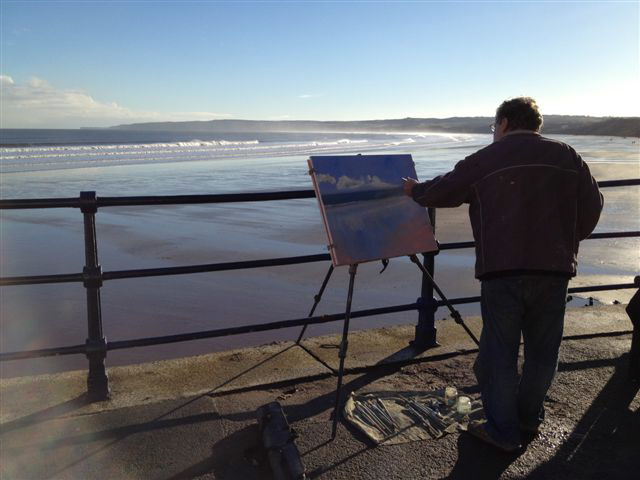 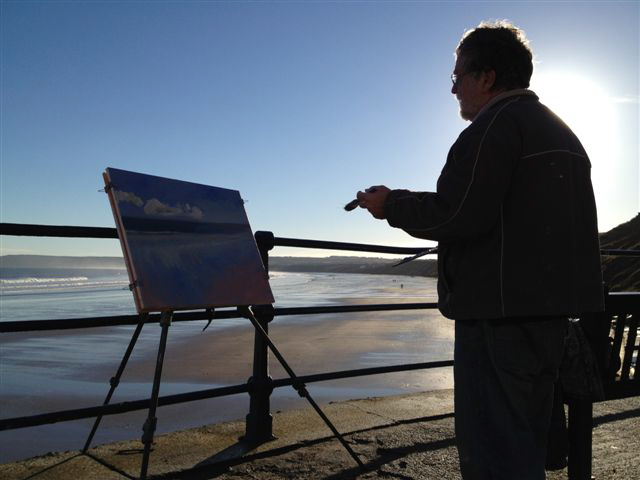 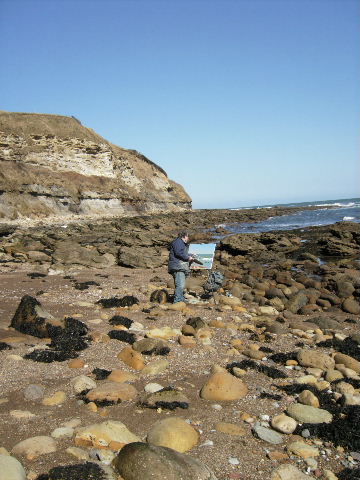 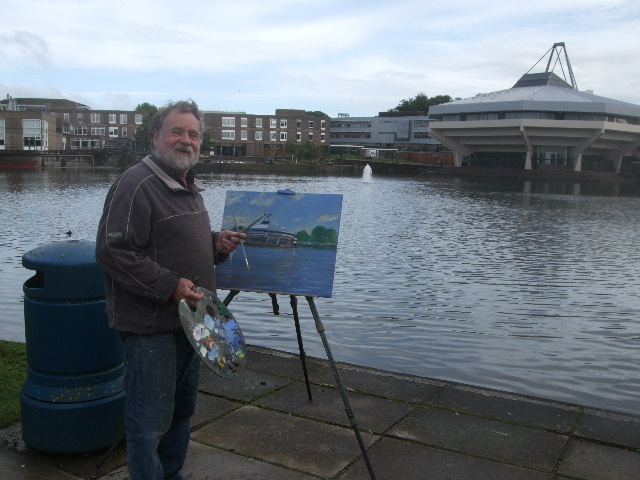 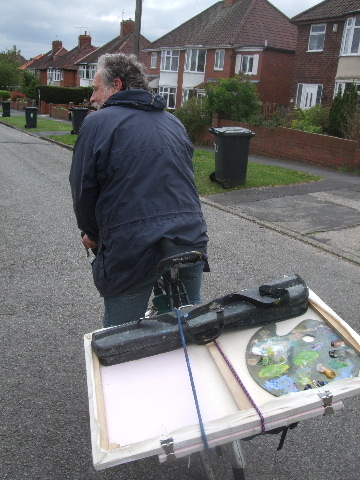 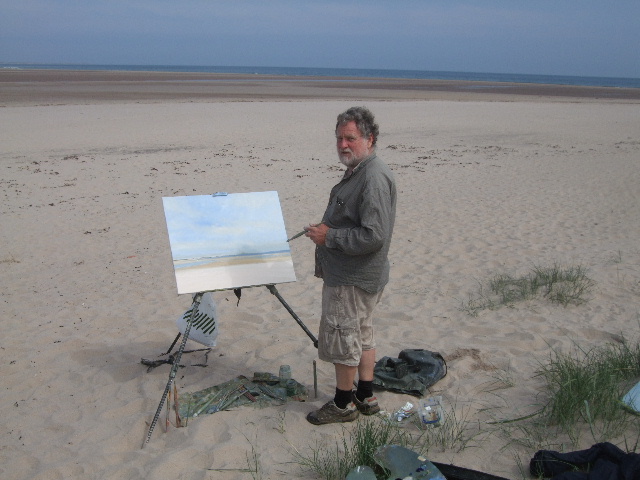 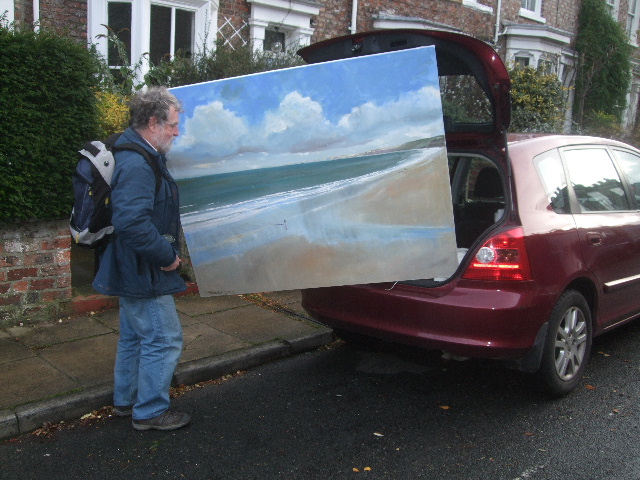 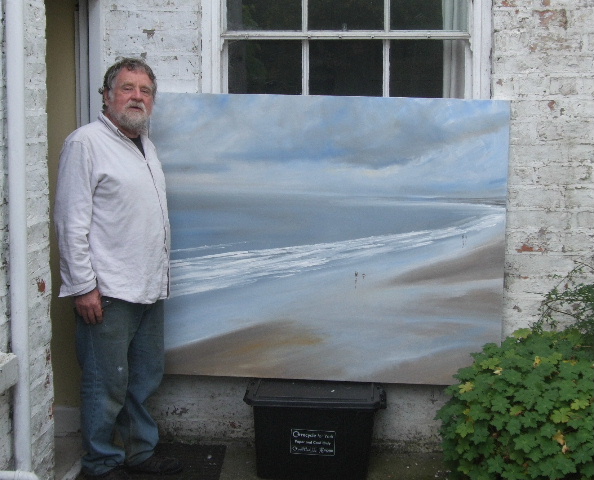 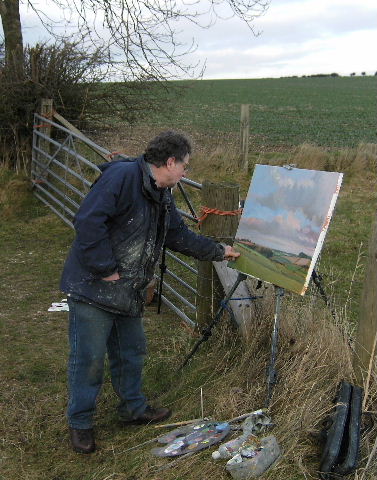 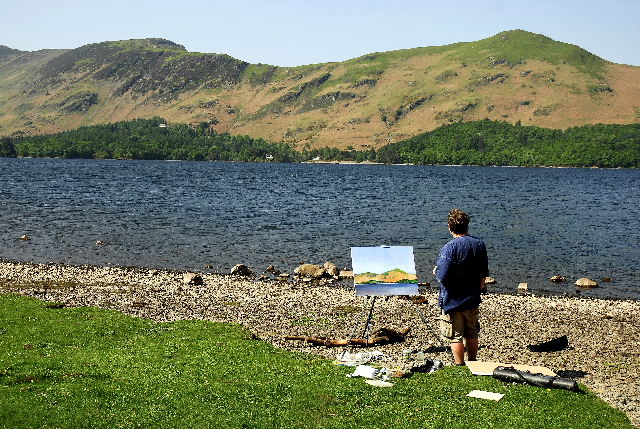 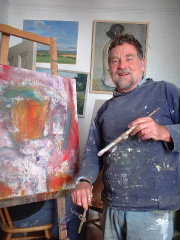 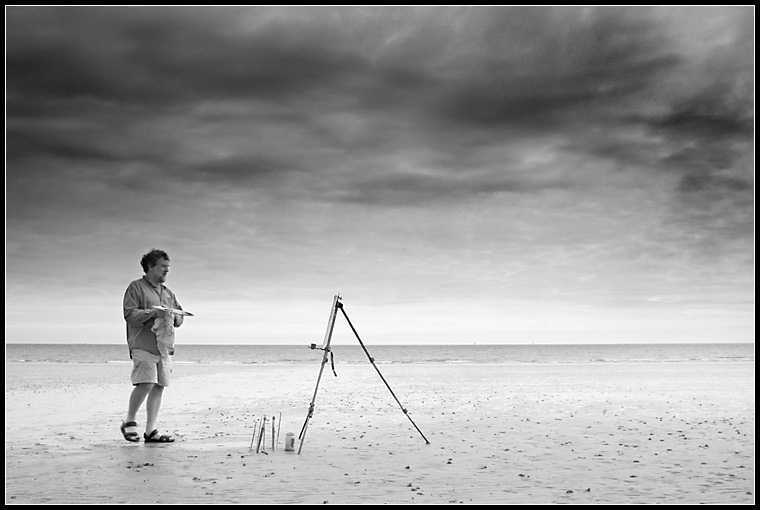 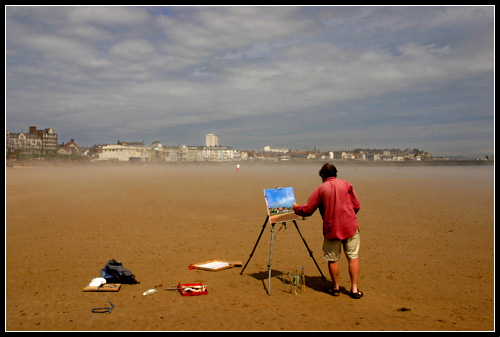 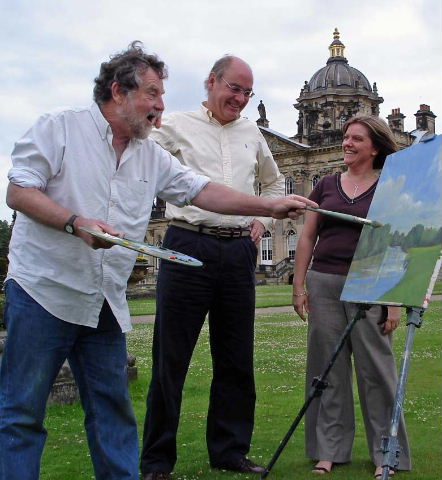 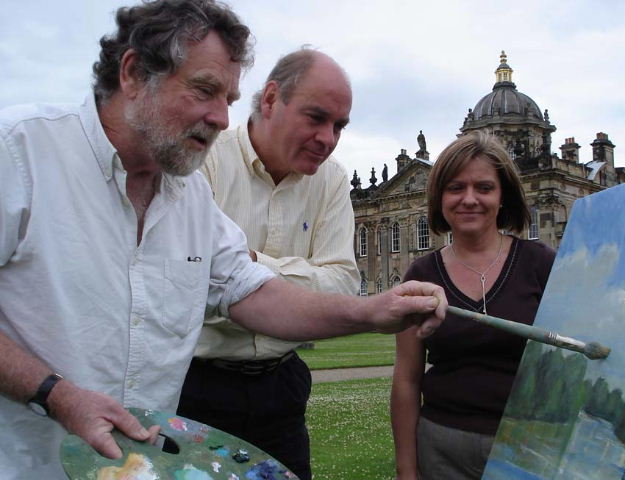 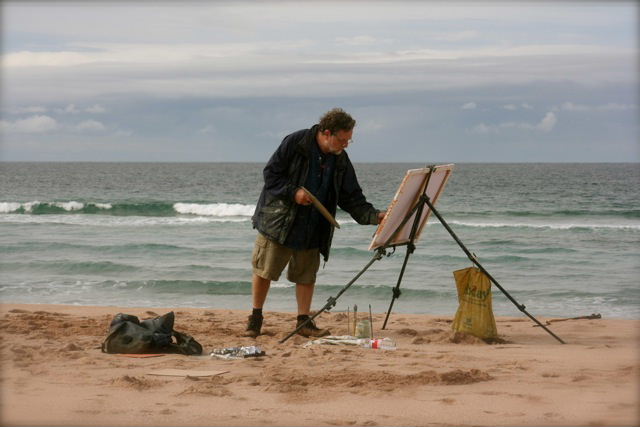 Painting at Sandwood Beach in Sutherland

I am a plein-air oil painter best known for my Yorkshire seascapes and beach scenes.  I believe that working outside, directly in front of the subject, gives my work a life and vibrancy sadly lacking in much of studio work.  My paintings can be seen in homes and galleries throughout the UK and the USA - and many other places too.  In 2013 I won the Oldie, Ł5000, British Art Award.

As well as being a painter I am also a professor of mathematics, specialising in relativity and cosmology. About 10 years ago I took a sabbatical and started painting for fun. I think the thing that first attracted me was John Ruskin's exhortation that all men, as part of their morning salutations, should go out and paint a picture of the sky.  This sounded like a very nice thing to do, so I decided to give it a go, and I've not really stopped painting since.

My professorship is from the University of Linkoping in Sweden where I worked for several years.  I also do some teaching at York University.  My research work deals mostly with black holes, gravitational radiation and cosmology.  I am the author of quite a well-known book called General Relativity - A Geometric Approach, published by Cambridge University Press (also available in a French translation with a preface by Sir Roger Penrose).  I find little incompatibility between  my mathematical work and my painting: both are based on geometrical intuition, one internal the other external.

I live and work in York.